Gain Energy Independence from Time of Use Rates 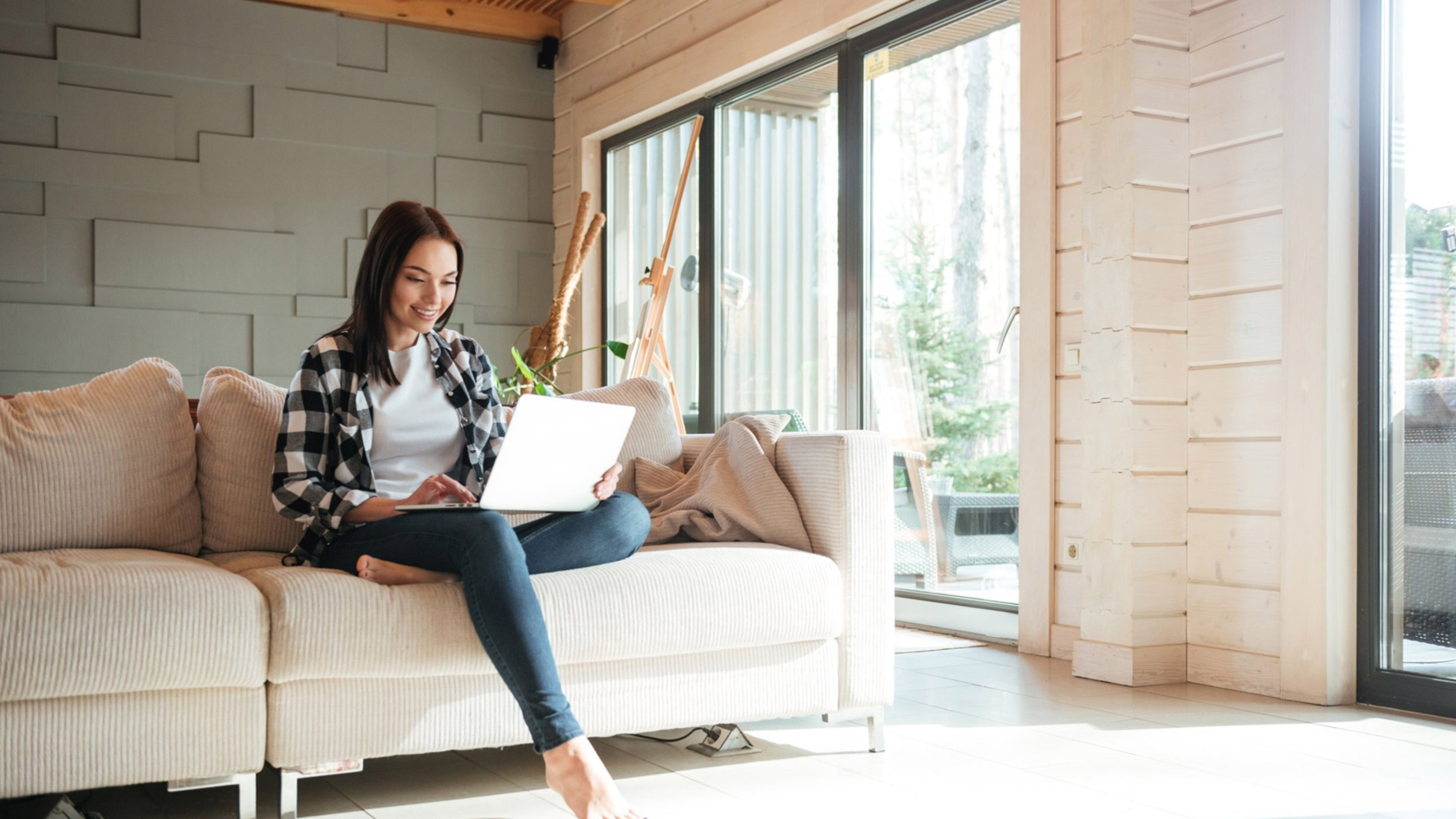 Are you done with paying time of use rates (TOU)? Frustrated by the high prices and complicated billing system for your household electricity? If you live in California, you’ve been clocking your kWh and paying premium electricity rates for a while now.

Maybe it’s time to consider some creative options to combat the pitfalls of TOU. While shifting energy usage times can certainly help lower your high electric bills, it often takes radical changes or an investment in an effective solar system and energy storage with smart technology to optimize the time of use pricing and help you save money in the long term.

No longer just a California initiative, time of use rates are being introduced in nearly every state across the country. Utilities are using these new rate-structure programs for residential energy customers, creating incentives to encourage you — and everyone in your household — to use off-peak power.

To avoid surprises, be proactive and don’t wait until the end of the billing cycle to analyze your energy usage. Make a plan now to gain energy independence and reduce your electricity costs.

What is TOU (Time of Use Rates)?

What is TOU, exactly? It’s an increasingly popular pricing structure used for electricity billing. Time-of-Use rates are based on when you use electricity — not just how much you use. The rates vary according to the time of day, the season, and the day itself (weekday vs. weekend/holiday).

Electricity prices are higher during peak hours and lower during off-peak hours. With TOU programs, the billing is obviously more complicated as well. Time of use pricing breaks down your energy use by non-peak vs peak time and calculates the kWh accordingly.

What’s the rationale? The cost of generating electricity is more expensive during the peak time or times of day when demand for electricity is greatest. Utility companies must employ extra resources to keep up with the demand — so under TOU, they pass some of this extra cost on to you (through variable billing rates). You’ll pay the peak time of use rate while using your dishwasher, doing laundry, or cooling the air during peak times.

During high peak hours, utilities need to turn on the most pollutive generation resources, often called “peakers”. Sometimes, this additional peak generation can be derived from burning coal or other fossil fuels By shifting some of your household energy consumption to times when costs are less and demand is down, you can lower your electric bill and cut your carbon footprint.

TOU is logical: Costs are lower when demand is lower. Compared to a flat rate, variable time-of-use rates more accurately reflect the actual cost of generating and distributing electricity for your household. In theory, time-of-use pricing is a good incentive. The goal is to encourage you and your family to all get on board, change your behavior, and get in the habit of running power-hungry appliances and devices during the non-peak hours for electricity — when it’s cheaper and cleaner. While this all makes sense, the obvious problem is that it’s easier said than done.

What is the TOU policy in California? Two years ago, TOU was made mandatory in the state, under the net energy metering (NEM) policy. California’s switch to default TOU rates for over 20 million consumers was a radical shift. The state’s utilities commission ordered its three main energy providers — San Diego Gas & Electric (SDG&E), Southern California Edison (SCE), and Pacific Gas & Electric (PG&E) — to transition to default rates by 2019, requiring all residential customers to pay the new varying time-of-use rates unless choosing to opt-out. Later, states like Arizona, Illinois, Maryland, Mississippi, and New York were among the first to follow, implementing Time of Use (TOU) programs and billing systems of their own.

What are Peak Hours?

Why make electricity billing so complicated? To motivate residential customers to reduce their household energy use during the peak time periods.

As more people become cognizant of the impact usage times have on their electricity bills, hopefully, they’ll choose non-peak hours for electricity use and see the direct correlation. What are the peak hours where you live? Check with your energy provider if you don’t already know and ask if TOU pricing is an option.

What Time is Peak Hours?

It depends on the state you live in and the energy company that provides your electricity. The exact time of peak hours for the time of use programs can vary throughout the year as well, as energy providers generally change their rates twice a year. Your own TOU rate and hours breakdown will be itemized on your electric bill.

Seasons and regions can change peak energy usage times, but typically, the peak time is the afternoon and evening hours, when people come home from work and use household appliances and air conditioning.

What time is peak hours where you live? In California, peak hours are from 4 p.m. to 9 p.m. Check with your energy provider to see if TOU pricing is an option if you’re not already on board, and be sure to understand the breakdown of peak vs. non-peak times for electricity and how it will affect your billing.

The Solution to TOU Rates is Not Energy Monitoring

Our home energy monitors (HEMs) the answer to TOU? Not really. While analyzing your energy usage can be beneficial, HEMs only take you so far. They give you information about your household energy usage but no real action plan. They show you the problem, not the solution. It’s like a doctor giving you a diagnosis but no medical treatment — or sending you home with an X-ray to reset a broken leg by yourself!

You’re left on your own to implement a solution, track peak time of use prices and figure out which household appliances and devices to use or not to use at which time of day or night. That’s a lot of work!

Constantly unplugging and plugging back devices to circumvent TOU rates is not a realistic long-term strategy. And nagging other members of your household to do the same is not always effective (or conducive to family harmony).

How to Navigate Time of Use Rates

1. Shifting Your Energy Use

So how can you best work around a time-of-use rate plan? By using your household appliances — especially the most power-hungry ones — during the off-peak hours when electricity is least expensive. Running the dishwasher overnight rather than immediately after dinner, for example, can trim costs. By shifting your energy-use habits, these incremental changes can increase energy efficiency and add up to moderate savings on your monthly electricity bills.

Sure, shifting household habits can help trim your electricity bills. But converting to solar energy can slash them, sometimes by half. With solar energy, you can combat TOU and often skip the peak rates altogether.

How? Under the time of use rates, credits for excess solar earned during peak time are worth more than credits earned during off-peak time. The highest rates are usually during weekday afternoons — when the solar panels on your home generate the most electricity. Investing in solar plus storage will save you money under TOU. Before long you may even make a profit.

Already have solar? Install a whole-home battery backup as well to use TOU rates to your advantage. With smart technology and a battery backup system, you can take back control of your household energy management. During off-peak times you can charge your batteries and then use the stored energy to power your home during peak times when electricity from the grid is more expensive.

Investing in solar is a smart energy investment. When combined with energy storage, you maximize your investment. While the system will cost you upfront, they’ll save you money in the long term. (You’ll also qualify for solar rebates — both state and federal. According to this EnergySage estimate, you can save between $10,000 – $30,000 on average over the lifetime of your solar and energy storage system.)

Is Time of Use Metering Worth It?

Available to solar users in some U.S. states, net metering (also known as net energy metering or NEM) allows you to sell excess solar back to the grid during peak time periods in exchange for credits.

California’s previous NEM system (prior to 2017) was more profitable for solar owners. Now, customers on the state’s new NEM 2.0 are required to be on a time-of-use rate plan. So, although you can still sell solar back into the grid, the credits you get in return are variable — just like TOU rates. Time of use meters clockT your kWh’s, ensuring the electricity you send back to the grid during peak times credit you with the peak price.

Is it worth it? Solar panels are still a money-saving investment under net metering 2.0, especially when paired with home battery storage. But time of use metering means that, while you can still save money, you’ll have to work extra hard to work around the complicated pricing structure.

In California, time of use metering means your solar credits are calculated using your TOU pricing schedule. So if you export 1 kWh during peak hours, you’re credited the peak price.

Through constant attention, those solar credits can add up. But it’s not easy to estimate your electricity usage in advance. What if, instead of fixating on time of use meters and plugging and unplugging devices, you could use your time more productively — and make some money out of TOU?

For solar users, the advent of a time of use electricity presents creative new opportunities. It’s actually possible to make money, not just cut costs, with a smart energy system like Lumin. Thanks to responsive control, you can automatically (and remotely) turn off circuits that aren’t being used throughout the day. That means you can conserve even more of the valuable solar energy you generate — and then send it back into the grid during peak hours to get premium credits as payback. This is one of the most effective ways to make time of use rates work for you (rather than the other way around).

Lumin Smart Panels make regular circuits responsive to things like grid outages, solar production, battery state of charge, electricity pricing (including time-of-use pricing), and even schedules that can improve your home’s energy efficiency. In regions where power outages and electricity prices are on the rise, this is huge.

It’s easy to get started. With Lumin, there’s no need to replace your whole electrical panel or remove any components. The Lumin Smart Panel is a simple addition that automates energy management for your household and makes cost-saving measures even more effective. You can program it to make the most of time of use rate structures where you live while optimizing energy efficiency as a whole. Learn more about the Lumin smart electrical panel and how it can help make TOU rates work to your advantage.

At the Federal level, the investment tax credit (ITC) offers rebates for residential energy storage systems paired with solar (effective now through 2022). Currently, the Federal ITC is offering 26% back to homeowners who purchase smart energy management systems — including solar panels, battery backup, and any related equipment, such as Lumin, and installation costs.

The bottom line: Rebates plus premium solar credits for peak times do add up. By using time of use electricity rates to your advantage, you can gain energy independence and reduce your electricity costs. Put your mind to it and you might even turn a profit.